The History of th...

The History of the First Pecan Trees in St. Marys, Georgia 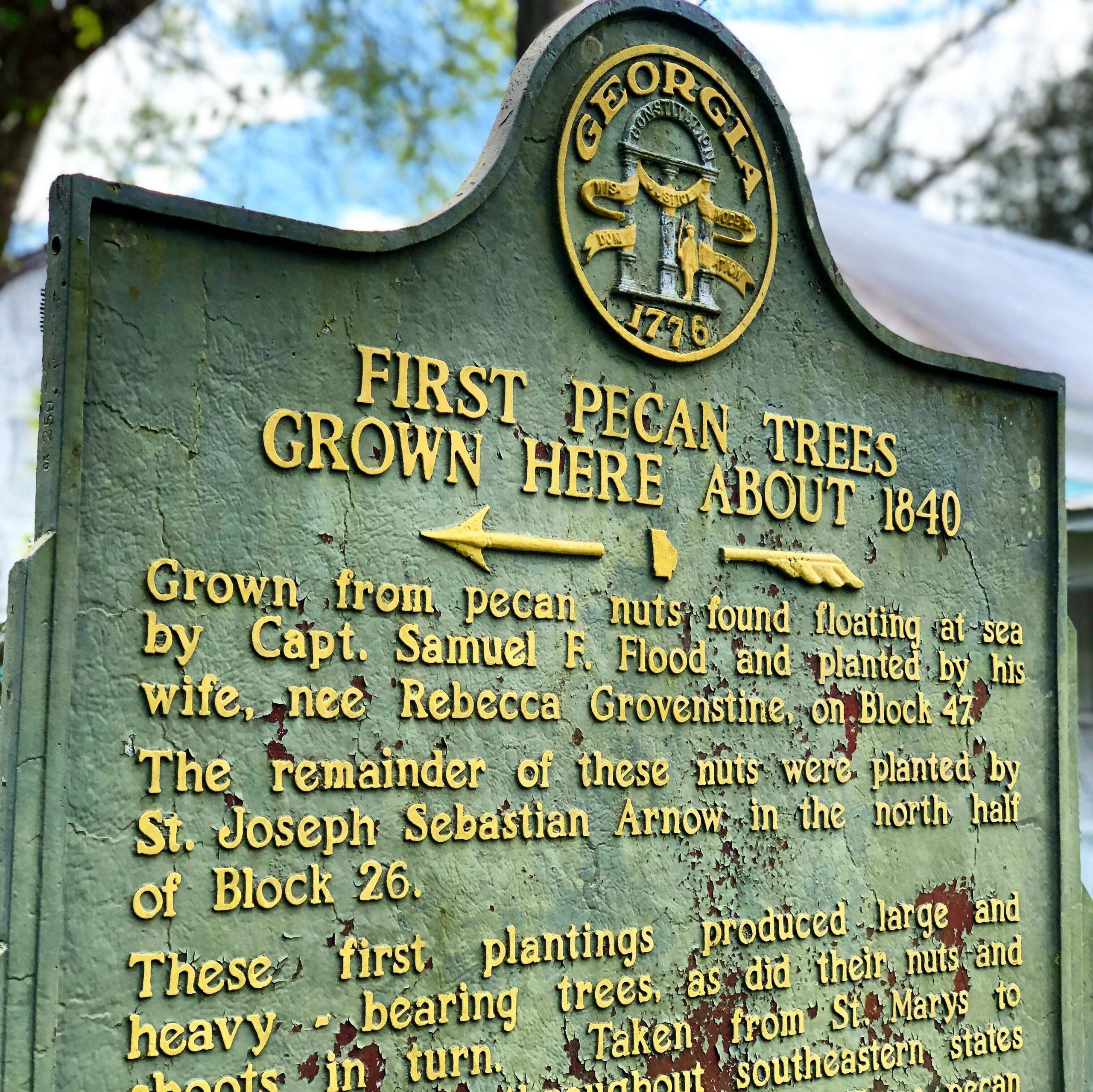 Recently, Bag-A-Nut’s CEO, Caleb Dudley, and his wife, Shama (also Bag-A-Nut’s Marketing Manager), were visiting St. Marys, Georgia on business. They had no idea they would encounter the site of where the first pecan trees were planted around 1840.

Caleb’s grandfather, James Dudley, came up with the idea for the Bag-A-Nut harvester in 1988. After spending a weekend in Georgia picking up pecans on his hands and knees, he knew there had to be a better way, so he invented the first Bag-A-Nut machine.

When the opportunity came up to visit the site where first pecan trees were planted, Caleb and Shama were immediately intrigued. They were leaving the downtown area by St. Marys Waterfront and noticed a bunch of pecan trees. “We found it by accident,” Caleb said. They learned from a marker near Weed Street that these trees had an interesting history.

The maker states:
” Grown from pecan nuts found floating at sea by Captain Samuel F. Flood and planted by his wife, nee Rebecca Grovenstine on Block 47. The remainder of these nuts were planted by St. Joseph Sebastian Arnow in the north half of Block 26.

These first plantings produced large and heavy-bearing trees, as did their nuts and shoots in turn. Taken from St. Marys to distant points throughout southeastern states, they became famous before the Texas pecans were generally known.” -Georgia Historical Commission 1953

The fact they stumbled upon this site without looking for it was pretty incredible. Caleb reflects on that day saying “It was like the birthplace of perfection or the Garden of Eden in America…for pecan lovers.” Now, this rich history gives more insight into these beautiful trees and the delicious pecans they bear. 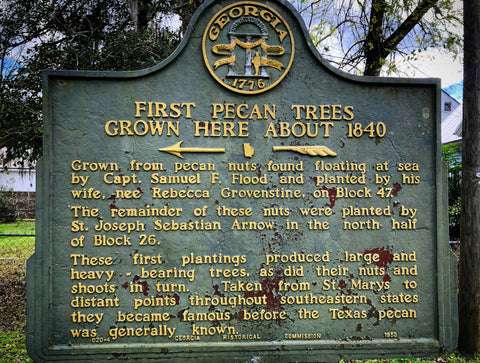 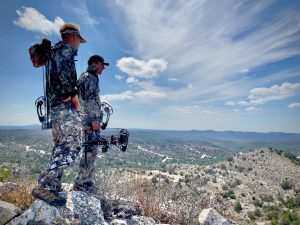 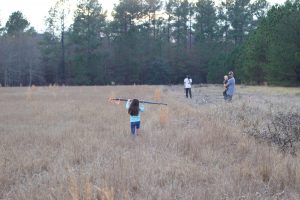 It’s Time to Put In the Orchards

If you’ve seen any of our videos, you have probably heard Silas say, “It is… END_OF_DOCUMENT_TOKEN_TO_BE_REPLACED 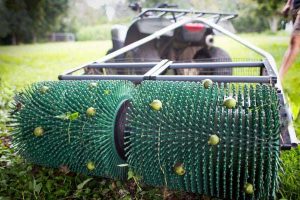 We always love hearing feedback from our customers. Sometimes, we even discover new things about… END_OF_DOCUMENT_TOKEN_TO_BE_REPLACED