The New Leadership of Bag-A-Nut

When Grandpa Dudley passed away, Caleb, his grandson, took over leadership of the company.  He expanded the Bag-A-Nut design in many ways by marketing the harvesters to pick up a variety of different objects.  His idea to create versions that pick up ammunition and paintballs marked the birth of our sister company, Ammo-Up.

In 2012, Silas, Caleb’s brother, became part owner of the company.  The brothers inherited their grandfather’s inventive mind and got to work on improving the Bag-A-Nut Harvesters.  Silas also invented the Stab-A-Nut, the first hand-held unit.  Before that, the Bag-A-Nut line only included roller versions.

It was during the process of research and development for these updated and new units when Silas began to realize the benefits of purchasing land for Bag-A-Nut to have their own testing facility. Up until then, Bag-A-Nut had contacts with a few orchards out of state.  With the owner’s permission, they could travel to take pictures, shoot videos, and test the machines in established orchards.

While this worked very well, Silas knew if they owned their own land and planted their own trees, he could get a real sense of what customers deal with on a daily basis. This is how the search for a tree farm in southeast Georgia began. 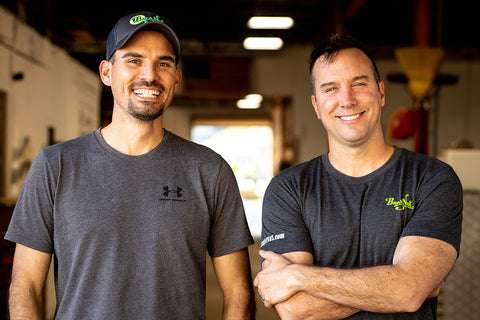 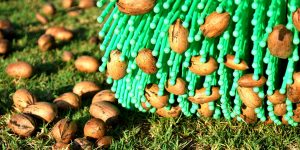 How Long Can Pecans be Left on the Ground?

Mature pecan trees will drop their nuts between September and November. Your pecans will start… END_OF_DOCUMENT_TOKEN_TO_BE_REPLACED 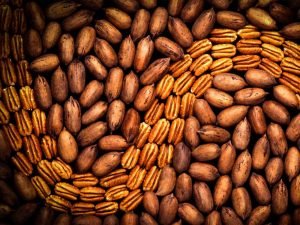 What does this mean to the “casual” pecan grower, which makes up 1/3rd of total… END_OF_DOCUMENT_TOKEN_TO_BE_REPLACED 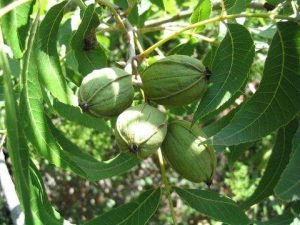 How to Care for Pecan Trees

Pecan trees are great for open yards because their height… END_OF_DOCUMENT_TOKEN_TO_BE_REPLACED